Carving its way through the countryside of orchards and fields-a-bloom in Normandy, the Seine river combines the best of urban and rural France. With the hustle and bustle of Paris, quiet medieval towns along the banks and an outstanding natural beauty, it’s easy to see why the Seine is a popular river cruise. 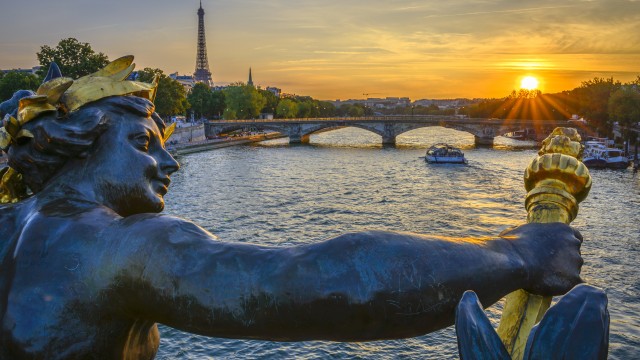 Renowned for its inspiration to worldwide cuisine, art, culture, history and fashion, France is home to some of Europe’s most glorious rivers and some of the best architectural treasures in Europe. It is one of the most diverse countries in Europe, with landscapes ranging from forests and woodlands which cover nearly a quarter of the country, to stunning beaches along the coastline and mountains in the south and east. It is also home to a number of rivers including the Saône & Rhône, the Seine, the Garonne and Dordogne, and the picturesque River Loire. Here is more information about our French river cruises.

Paris on the River Seine, is one of the world’s most iconic cities, home to some of the world’s most famous attractions including the Arc de Triomphe, the Louvre Museum, Notre Dame Cathedral , the Eiffel Tower and the Champs Elysées. Further along the River Seine is Rouen, the capital of Upper Normandy which retains its medieval charm with half timbered, glazed-tile houses in the medieval quarter. Not far from Rouen are the famous Normandy landing Beaches, where thousands of graves, countless bunkers and many more remnants of D-Day surround the beaches. Enjoy a Paris and Seine river cruise to make the most of this region of France.