Picturesque Holland and the Romantic Rhine.

The Rhine cruise begins and ends in Amsterdam; known as the ‘Venice of the North’ with picturesque 17th century
canals running throughout the city, the old European city of Amsterdam has something for everyone. 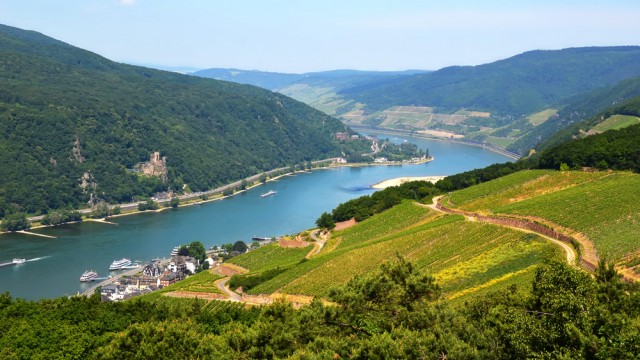 Cruise through the very heart of Germany, visiting some its greatest cities such as Cologne as well as quaint, picturesque towns such as Cochem, Boppard and Düsseldorf. Cruises are on the Rhine River taking in many of Germany's superb sights. Cologne, one of Germany’s largest cities is full of old taverns, cafés and shops and is also home to the magnificent gothic cathedral with its soaring twin steeples dominating the skyline. The quainter, quieter towns of Germany are also featured on our river cruises.

Highlights include the medieval towns and picturesque villages of the valley of the romantic Rhine, between Koblenz and Rudesheim. Along the river Rhine is the dramatic Rhine Gorge; this is an incredibly beautiful stretch of river that enables visitors to see the mythical Lorelei Rock.

Our Rhine river cruise starts and ends in the cultural city of Amsterdam and showcases the charms of picturesque Holland as well as the magnificent valley of the romantic Rhine (between Koblenz and Rudesheim) which has been listed by UNESCO as a World Heritage Site since 2002.

Explore the essence of the Netherlands on board an Orbital Travel river cruise.