Discover stunning vistas of the Iberian region and the delightful Douro valley.

Explore the best of this region, flowing through picture-postcard hillside villages and vineyard terraces and visiting
the city of Porto. Along the way, visit restored palaces, places of pilgrimage, cultural centres and vineyards. 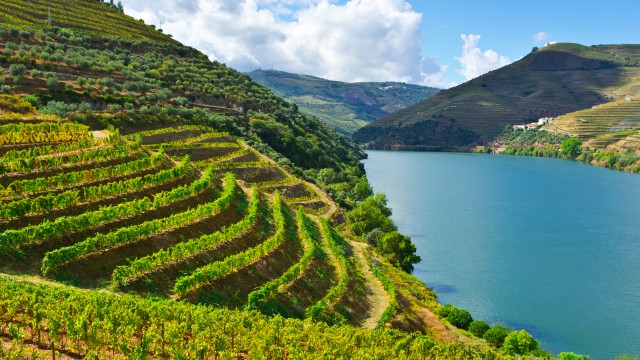 The river Douro winds its way from Spain and eventually reaches Porto on the Atlantic coast. On its journey, it passes through the oldest wine-producing region in the world - Port - which was first established in 1756. The river has created a valley of spectacular beauty with hills falling steeply down to the water's edge and vineyards that yield wines of excellence. The Douro Valley has maintained its rural character and traditional roots with charming rural villages, unspoiled vistas, and stunning natural beauty.

Salamanca is one of the prettiest and best preserved of the old Spanish cities, and is a UNESCO World Heritage Site. With a turbulent past, the city’s been conquered, influenced and shaped by Hannibal, the Romans, the Moors and the French. Today it is a city of golden stone architecture, narrow cobblestone streets and beautiful plazas.

The 7 night river cruise begins and ends in Porto, Portugal’s second largest city and sails through various locks to reach Barca d'Alva with stops to visit Braga, the “Rome of Portugal”, Vila Real and the gardens of Solar de Mateus, Salamanca and the
Porto wine trail.